Lately, I have been thinking a lot about CSS. It is so wonderful how far CSS has come along. Browser support is awesome for new features like Flexbox and Grids in CSS.

When you think about creating complex layouts, it is no longer a dread or nightmare. Rather, it is just fun to create them, isn't it?

So, why not get our feet wet and start off by creating some layouts on our own. Along the way, why not learn a new concept or two!

The best way to learn is to write code.

This is what we are building today. This is a typical layout when you come across blog article layouts.

There is a header, a page navigation section and the rest of the page contains sections, each with a section header and some content.

Now, in larger screen sizes, the layout can split into two columns, the left column being the table of contents and the right column is the sections content.

I made the table of contents floating when you scroll the page so that it is always visible for you, very typical these days.

Also, according to Kevin Powell (watch this video, it is awesome), we need to limit the total width of the text column to be a max of 60ch.

Here is the codepen.

Lets kick it off# 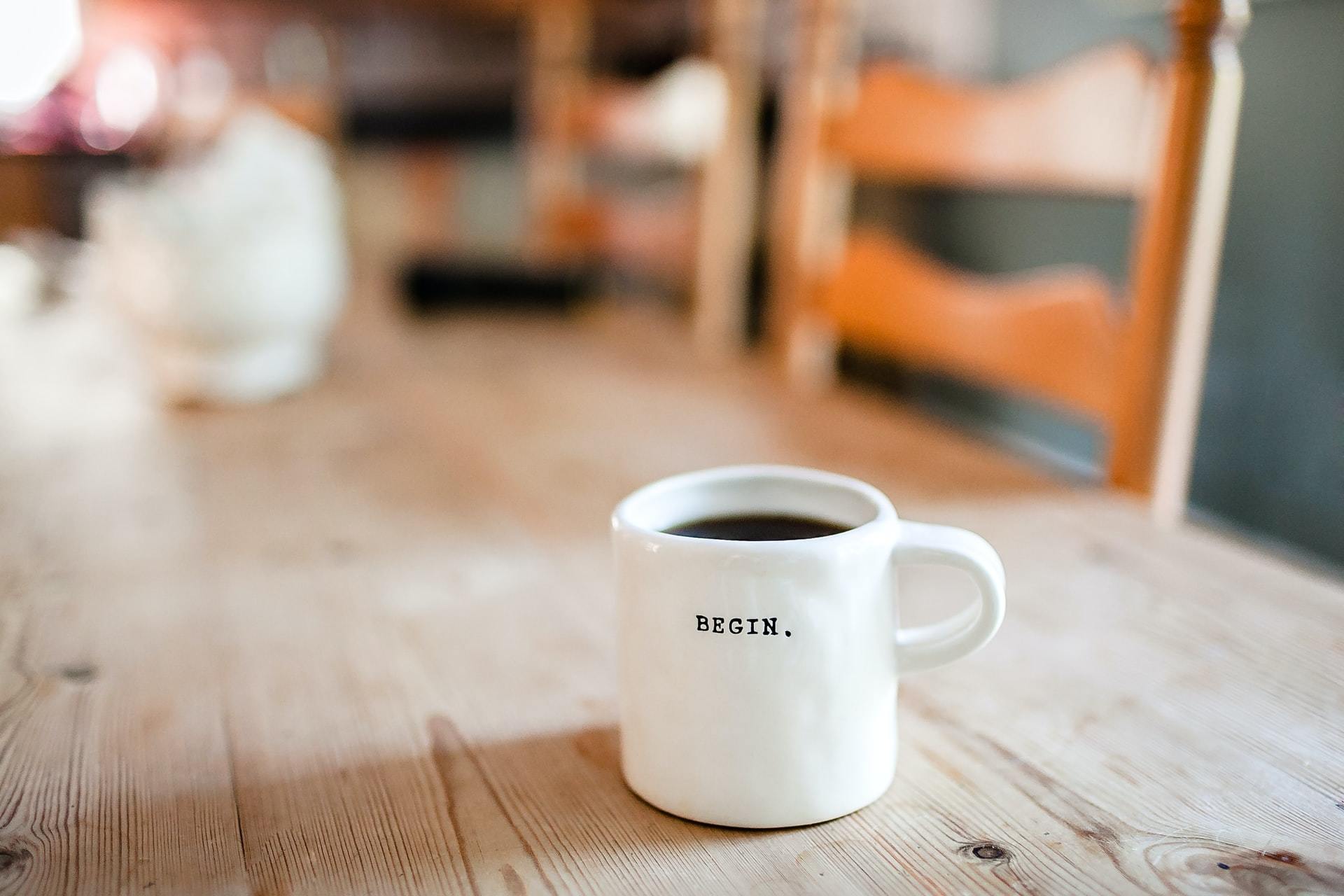 For the rest of the tutorial, we will be working towards the above code.

The all important template#

Go ahead and start your coding, create an empty html 5 document and create the default structure.

TIP: You can get the above structure in VSCode (thanks to Emmet) by typing ! and hitting tab in a new HTML file

The most important line in the above code is the meta viewport tag. It should have the width=device-width and initial-scale=1.0 to make responsive stuff work in mobile views.

A little bit about the structure#

We have a page title, a navigation section and some content sections.

In the desktop view, we want to display the page title aligning to the content sections column. We want the navigation section towards the left.

In the mobile view, we want them all to be in a single column, but the left navigation should now go in between the page title and the sections.

The problem with this layout#

The problem with this is very simple. How would you get only the left nav and content sections to be in two columns in the desktop layout?

The above layout works fine now, you can toggle the layout of the two column wrapper div to be two column or single column layout based on view port widths.

But the big problem is that the page title will not align with the content sections in the desktop view. Instead it will always be on the left side. Now, as a hack, you may use some javascript to find out the width of the left nav and add left margin to the page title when the viewport width changes. This is kind of hack-ey.

What I would do instead is, to use two headings in two different locations and show-hide them based on the layout.

Notice, there are two h1 tags, one at the root level (inside body), the other one inside the .reading-column div.

I know, you might be thinking - two h1s inside the markup, is it like violating the SEO rules or something? Yes it kind of does. But at least we got one h1 right up in the markup. Do you think there is a better way? Leave a comment plz.

Lets dive into the CSS#

Now, having consistent CSS is every FE guy's dream, right? The important thing to take care up front for this is to have some CSS resets.

This is what I start with:

Now, the font-family, font-size and margin are optional, but I included them anyway. The most important ones are box-sizing and image width. Of course, there are many more resets you can do.

By default, all <img>s are displayed inline-block and so if the width of the image is bigger, it will overflow towards right creating a horizontal scrollbar.

See this codepen to see the issue.

As I mentioned earlier, there is a psychological thing that says a line should contain a max of 60 letters in a line for the comfort of the eyes and for the sake of not losing interest.

By default all HTML content without additional CSS is single column.

Then how do we make it two columns? We use @media queries (MDN).

There are two main approaches to writing media queries.

The common thing with both approaches is that you always override some rules you wrote above in your file.

In our example, we are using desktop first approach, no particular reason.

When you use display: flex, by default the layout becomes horizontal. All the immediate children become individual columns. This is because by default, flex-direction is row in flexbox (MDN).

We wanted the main title of the page to align with the second column (content column), right? So how do we achieve that?

Well, if you just want to use CSS and no JS, you have very little choice with Flexbox. In a future post, we will cover CSS grids which solve this issue very easily.

For now, what we do is that we create a duplicate h1 tag and copy that inside the .reading-column div. This allows us the ability to hide and show based on layout.

In desktop view, we hide the original page title and show the one inside .reading-column:

In mobile view (@media query), we do the opposite:

There you go, our title is now aligning properly with respect to the content column.

There are a couple of things to take care here:

For the first issue, we simply manage the margin-top of the .left-nav. Now, you have to try out the alignment by changing the margin-top till you see it properly aligned. For my layout, it worked at 5rem so I kept that.

We reset this back to 0 in the media query because we do not want this kind of margin in mobile view.

This is a cool feature isn't it? To be able to see the page links all the time in the desktop view?

To achieve this, we have to use a cool feature called position: sticky.

Thanks to flexbox, We already have the .left-nav stretching from top to bottom in desktop view. This is because, by default, the align-items rule defaults to stretch. Check MDN to learn more about this.

Now, all we have to do is target the .left-nav__list and do the position related changes.

Note about positioning: In order for this to work, we have to make sure our .left-nav should have a position value other than the default one. Because, the child with a position value of sticky will always look for its immediate parent in the hierarchy that has its own stacking context. In other words, it will look for the parent that has position as one of these: [sticky, fixed, absolute or relative]. So we give position: relative to .left-nav.

Here are the changes.

The top: 0 rule makes sure our list is sticking to the top rather than to the bottom of the parent.

Other important things to learn#

Missing features we could add#

I will resolve a couple of hacks that we did here in my next post using CSS grids.

Please do suggest if you want me to achieve any other feature in this particular example. Or if you like it, please let me know what you learned.

See you in the next one.